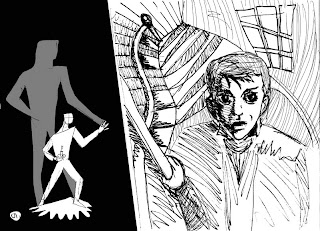 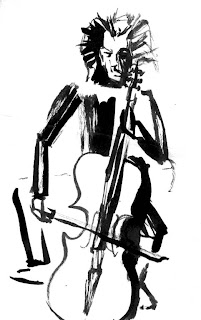 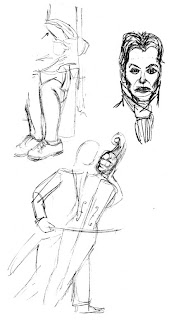 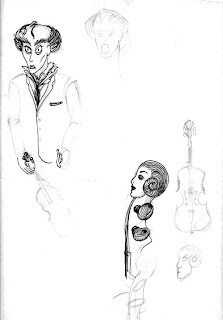 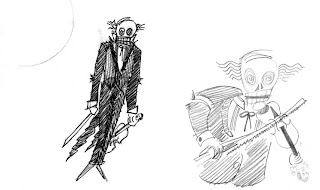 In this last image, I was playing with the idea that the protagonist might see the violist as an idealized figure, more cartoony and sinister. I have to admit I was inspired by Tim Burton's Beetlejuice, as it was interpreted as a cartoon show. There is a skeleton character that I believe had spirally eyes, which I modeled this character on.
Posted by Nathan Kibler at 8:30 AM