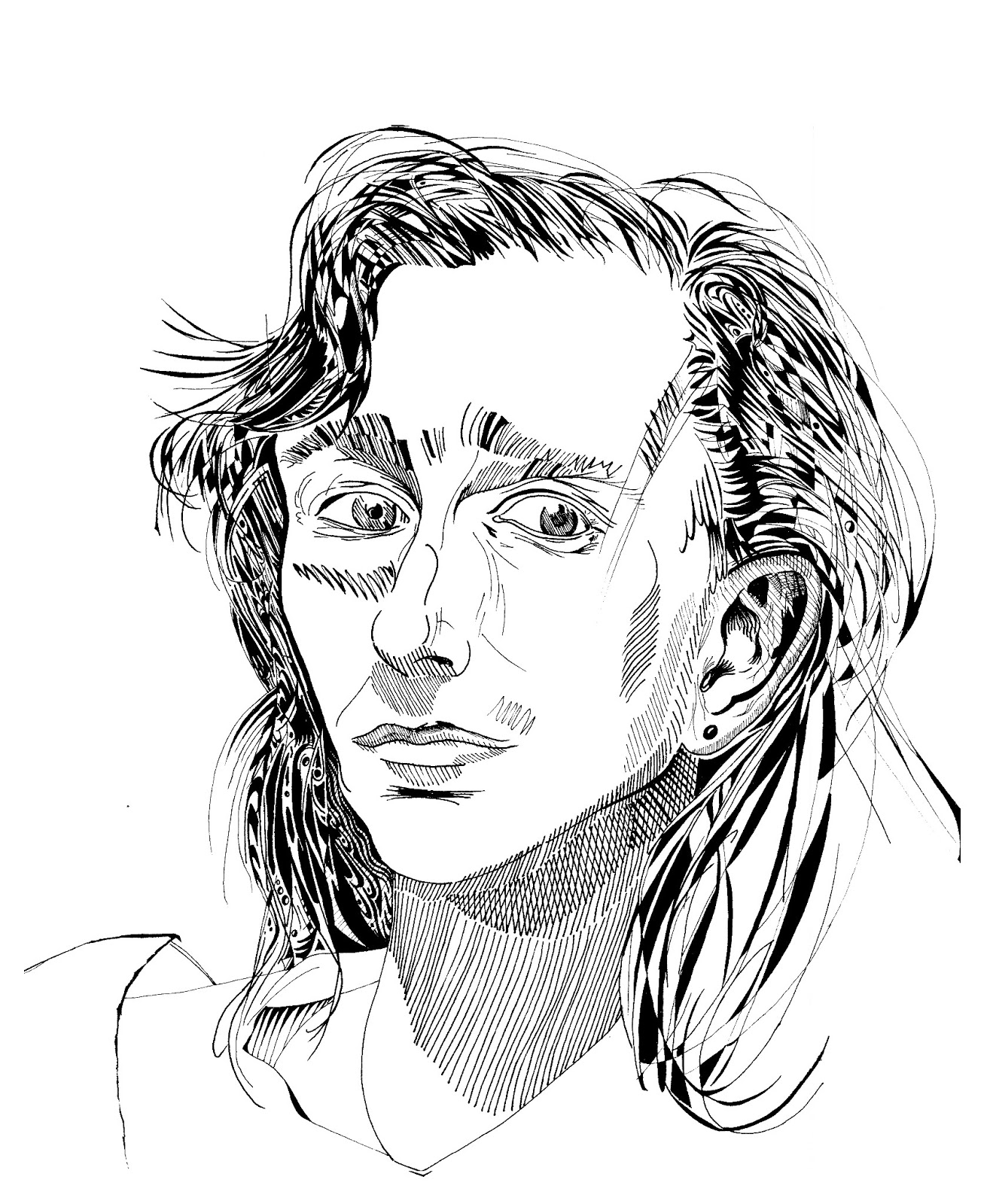 I've not posted in quite a while, which is how my brain works. I think about doing things more often than I actually do them. One thing I actually did recently was take files off an old hard drive, so I could recycle it. Looking over these old files was, as friend Maxxwell says, like finding Pirate Booty. I started by sharing old photos of friends on Facebook that I'd not been able to do previously.
Here is another image I found. I'd been wanting to post it for a long time, but because it is so large it was resisting my efforts to digitize it. This is a portrait of a friend I drew way back in 1990.  I met Tod when I first moved to Seattle.
Tod was very intelligent and creative, designing costumes and props for several local theaters. He was a wizard at taking what he had on hand and making the end result look effortless. He also knew a lot of people in Seattle, so I met many interesting people through him.
Tod died in '93 and I featured him in my zine Gae-raj that I published the following year. I wanted to include this image in the zine, but never found a scanner that could do it justice. The original image is around 30x24, so I've stitched some imperfect scans that were sitting on that old hard drive together to create this image. I haven't done many pen and ink portraits, but I think this one counts as my best and favorite.
Posted by Nathan Kibler at 6:11 PM No comments: