More Muscle, a Monkey and mistakes 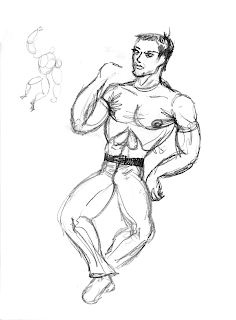 I learned how to draw figures in high school partly assisted by following a series of books on the human form by Burne Hogarth. The system he used was more detailed than systems I'd read about in other books, which were focusing more on abstracted forms rather than how those forms connected and transformed through movement and viewpoint. Hogarth showed quite easily how limbs and muscles were connected to each other and what proportions remained consistent while others transformed by movement and perspective. I found I was better able to draw figures in action and foreshortened by following his work. Unfortunately it seemed to backfire for me in college as I tended to idealize the human form after Hogarth's style and I was regularly criticized by professors examining my work who I guess too easily recognized where I was borrowing my style.
By the time I was drawing the above image I didn't really care what anyone thought of my work. Several thoughts were going through my mind in creating this. I was attempting to show someone eating a sandwich, thus the right arm position, but I wasn't drawing from life, so it didn't really come out as I hoped. Later in talking the drawing over with someone I mentioned how the proportions of monkeys and apes are different than humans, thus the quick sketch of a monkey swinging from a perch.
Sometimes mistakes lead to lucky insights, but this wasn't one of them.  The figure's torso is leaning back and while appearing somewhat relaxed, the left leg doesn't seem to be angled properly for the rest of the body.  Not surprisingly I've not really done anything else with this sketch.
Posted by Nathan Kibler at 8:33 AM No comments: 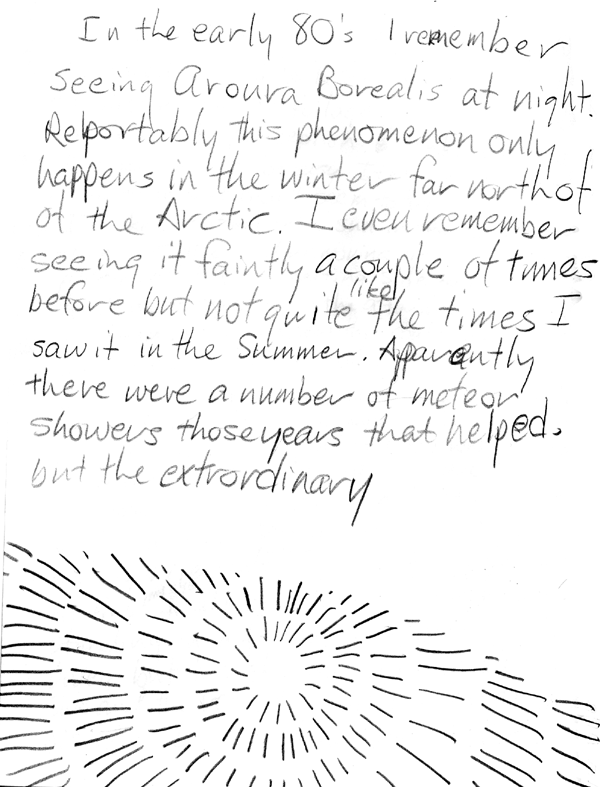 One thing I'm not including in this blog is all the text that I've written in my sketchbooks, although I may share some of them with you as they come up.  I have several reasons for not including them; most of them are fragments, or simply odd notes.  This is one that is pertinent because I turned it into an essay, Childhood Phenomenon that is displayed at my web page, Volpane In Love.

Here is the image I created to illustrate the essay. 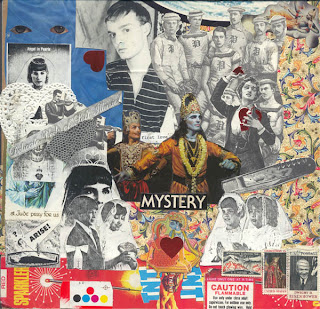 Here is one of several collages I did in collaboration with my upstairs neighbor at the Huntington Arms in Seattle. We became friends partly because we shared an interest in collage. This collage consists primarily of images she choose. I think the only image I added to her selection was the postcard portrait of a young Truman Capote.

Many of my collages from this time contain religious imagery combined with sexuality.  This is perhaps the tamest of the images I've done in this project, although my intention was not to be specifically profane.  My only wish was that the text which informs the images was a lot larger.  So I've recreated the image with some resized text. 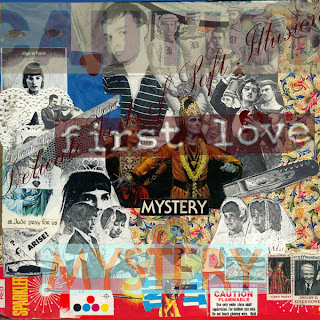 Collage as an art form began in the late nineteen hundreds when print media first began to become plentiful. At that point photography had not translated to print media, so most imagery was based on engravings and woodblock printing. Since the early part of the twentieth century it became a medium that influenced many famous artists including Picasso and Max Ernst.

Before college I really only considered it a craft activity like scrap-booking. In college I really had no clue how to use it effectively as art, but I am surprised at the specific images I created.  Now I use it as a way to explore relationships between images and and words, although copyright law makes it near impossible to market anything I create.


Note: These images may be protected under copyright law. If you are a legal owner of any images used here and do not wish them to be used in this way please contact me directly.
Posted by Nathan Kibler at 8:24 AM No comments: 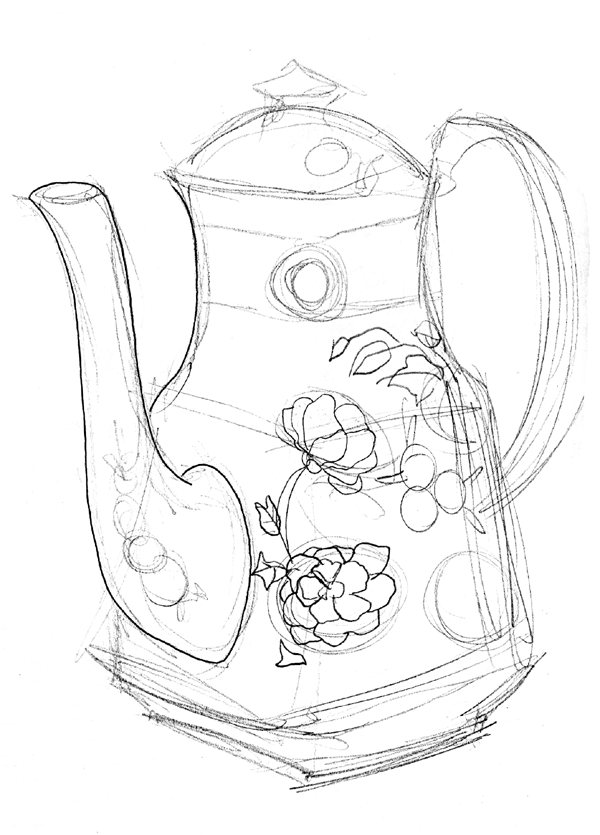 Again, here is a random sketch done more to capture the shape of this vessel than to create something artistic.  My upstairs neighbor had brought this over to serve tea, and I was so taken with the unique shape, decorations in Delft-blue decals, that I asked to keep it for a while to sketch it.  She agreed and allowed me to keep it in my apartment for a few days. Later we challenged each other with collage projects, by compiling clippings together in several envelops and including a theme or title.  I may post them later.
Posted by Nathan Kibler at 8:47 AM No comments: