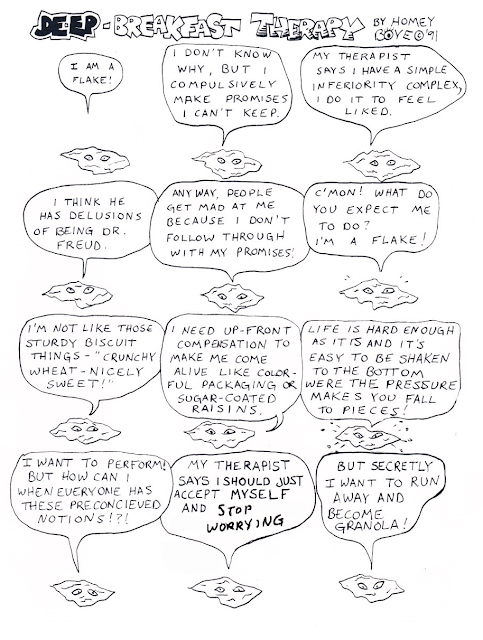 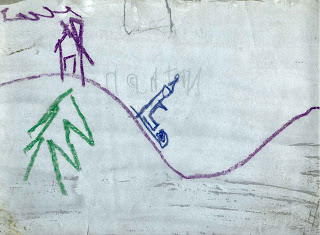 Something I drew in school back in 1st grade. It was a challenging year for me, because our family had lost our home to fire after moving to Northern Idaho from California. This picture commemorated the experience of sledding in the snow.

There is something of a story there beyond the subject matter. I remember distinctly I'd gotten a low grade on that project, basically because it was about following instructions and not about creating a memory image.

Miss Olive, our matronly teacher was something of a martinette, when it came to giving us instructions and I'd already established my problem with authority whenever she singled me out for discipline. I wasn't a problem student, I just didn't like her manner of raising her voice with me so I admit I would respond by sticking my tongue at her in defiance.

Anyway, she'd started this exercise with having us write our names in the middle of the large piece of construction paper we were each given. She'd lead into it saying we were doing art, but I knew you signed an artwork after you created it and I wasn't willing to put my name to something I hadn't already committed to paper, so I resisted the instructions. Turns out it was a practicality, because we were going to finish our crayon drawings with a whitewash to simulate snow.

Luckily there were other people besides myself who didn't put their names on the back either, so before they were hung on a bulletin board we were singled out to write our names on them. A month later, when they were handed back to us to bring them home, the teacher apparently had trouble deciphering my name, so again I was singled out to retrieve my drawing from a pile of unknowns.

Upon examining how I'd written my name I realized I'd just written a vertical line for the "h" in my name. But, why didn't she recognize my name with those well crafted lower case letter "a's"? Hmm, maybe that is what threw her off. So I wrote the uppercase letter "a", and corrected the letter "h" with it's lowercase hook...and then realized what a mess I'd made of my signature. Demoralized by this, I wondered if I could ever write my name with finesse.
Posted by Nathan Kibler at 2:53 PM No comments:

Inspiration from my garden 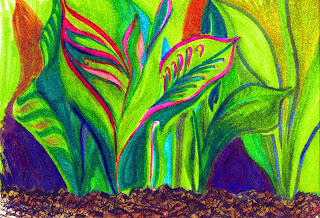 Occasionally, but not often these days, my photography gives way to my artistic impulses. Here is an image I created with animation in mind. Unfortunately my ability and inclination to animate has largely remained dormant. I shared this image on Facebook, largely because it falls in time and subject matter with photos I'd been posting there. You can follow this link to see what I have there. You may have to log into Facebook if you are not already registered there.
Posted by Nathan Kibler at 12:54 PM No comments: